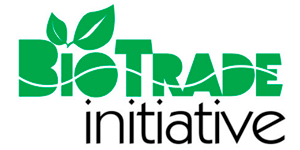 Biodiversity is at the centre of many economic activities and directly supports the livelihoods of nearly half the world’s population, with many of the world’s most vulnerable being directly dependent on it to satisfy their subsistence needs.1 Biodiversity-based resources are also widely traded globally with approximately half of the world’s GDP dependant on nature to some extent.2 The Trade and Biodiversity (TraBio) database, which contains information on global trade flows of biodiversity-based products, provides access for all to consistent and complete data on imports and exports of biodiversity-based products and other relevant indicators. It thus aims to contribute to establish a harmonized and internationally accepted statistical framework for biodiversity-related trade.

The interactive maps and charts presented below have been designed to help explore biodiversity-based trade data over time and space, providing a critical tool for revealing geographical patterns. The data presented covers 185+ economies from 2010 until the most recent year for which data is available.

Notes: Top 5 countries (imports + exports of the selected product aggregate) are shown in the default selection.

This map aims to give a visual representation of the main products traded by geographical location, as well as their value between 2010 and the latest year for which data is available. This map offers an additional level of detail in the selection of products with respect to the previous one, with the possibility of selecting aggregates at the Group, Subgroup, and Category level of the TraBio product classification hierarchy.

The bar charts below disaggregate the selected product aggregate into its sub-aggregates with an increased level of detail for the selected countries (up to 15), as colour coded by the legend.

When the dial is set to Main export or Main import, the countries’ colour indicates its most exported/imported sub-aggregate, whereas if the dial is switched to Exports value or Imports value their shading varies according of the trade value of the selected product aggregate.

Notes: Top 5 countries (imports + exports of the selected product aggregate) are shown in the default selection.

This map allows to visualise several trade indicators by selecting the desired indicator from the dial on the left: trade balance, growth in exports and imports of biotrade, biotrade as a share of total trade, and biotrade as a share of GDP. The map will show each country with a different shade based on the scale on the left for the selected year. A time series will be shown below the map for the selected indicator and countries over the past 10 years.

While the terms “BioTrade” and “biotrade” could appear to be interchangeable, the capitalization of “B” and “T” in BioTrade reflects a fundamental difference: the term “biotrade” is sometimes used to describe the trade in biological resources for use as ingredients or inputs for food, cosmetic or industrial products, independently from whether these have been produced sustainably or not. “BioTrade”-related activities on the other hand, are characterized by respect for environmental, economic and social criteria – in particular the BioTrade Principles and Criteria (P&C).The following map shows the countries in which BioTrade partners are implementing the BioTrade P&C as of 2021.

Trade flows and indicators showcased in the database cover all trade in biological resources, even if goods are produced without proper sustainability considerations (in short: biotrade), rather than BioTrade or even certified sustainable trade in biodiversity-based goods more generally. In fact, great efforts would be required to enable systematic data collection, particularly on trade, for certified sustainable goods that is comprehensive as well as comparable at a regional and/or global level. This is due to numerous reasons, including issues such as the proliferation of voluntary standards as well as standard-setting organizations across the globe, lack of harmonized trade-data on certified goods in general, or the confidential and sensitive nature of certain types of data.

Despite these constraints, the TraBio database makes an important contribution to highlighting biodiversity’s potential predominant role in addressing several global threats. It draws on lessons learned from the BioTrade Initiative’s decades long experience in the promotion of sustainable biodiversity-based trade through technical support to developing countries. The database provides information to improve the understanding of the significance of trade – and in particular sustainable trade – of biodiversity-based products. The information provided is also relevant to report and track progress on biodiversity-relevant goals and targets, such as the Sustainable Development Goals (SDGs) and targets established under the post-2020 global biodiversity framework, currently being negotiated under the auspices of the Convention on Biological Diversity (CBD).

Trade and biodiversity statistical data and its components 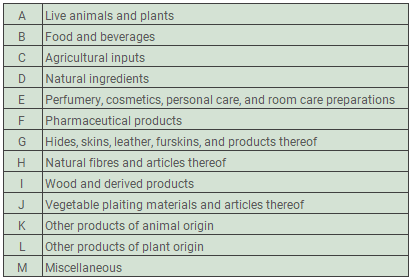 In this understanding, goods produced or derived from the extraction of minerals, ores, or metals, such as sands, oil and gas, are not considered biodiversity-based products.5

The data in the database is organized based on the Harmonized Description and Coding System (HS)6 nomenclature, a multipurpose international product nomenclature developed by the World Customs Organization (WCO).

It contributes to the harmonization of customs and trade procedures and has been selected as the goods classification method for the TraBio database because it does not only provide the greatest level of detail in product specification, but it is also a universally accepted economic language and code for goods, widely used across a wide range of applications, from customs procedures to academic research and reporting.

Despite the great level of detail provided by the HS nomenclature, its classification was established with the objective of facilitating and standardizing the collection of statistics related to trade in general, rather than for biodiversity specifically. The TraBio product classification attempts to overcome this limitation of the HS: It is built on the availability and detail of the HS’s structural unit, the subheading,7 but categorizes the subheadings according to their use, composition, or considering their possible contribution to biodiversity-related political processes, such as in the case of the natural ingredients group and the medicinal plants subgroup for the post-2020 global biodiversity framework.

The TraBio product classification consists of 13 groups (table 1) divided into 86 subgroups. These are then further subdivided into 230 categories and 79 subcategories. HS subheadings are normally found at the category and subcategory levels, but in some cases can already appear in specific subgroups.

In addition to data on imports and exports, the database also contains the following indicators:

A more comprehensive description of the methodology, assumptions and considerations linked to the development of the TraBio database is available in the upcoming report Trade and Biodiversity Statistics: Methodological approach.

The trade flows and indicators contained in the TraBio database are all calculated from trade data from UNCTAD’s statistics platform UNCTADstat, an internationally comparable and rigorous data source.

The methodology to adapt these well-known trade indicators to the biodiversity realm has been set out by the BioTrade Initiative in collaboration with UNCTAD’s Statistics service as part of the creation of its TraBio statistical tool under the Global BioTrade Programme: Linking trade, biodiversity and sustainable development, supported by the Swiss State Secretariat for Economic Affairs SECO.

This methodology draws upon a review of existing literature, reports and data sources, customs classification of goods based on the Harmonized Commodity Coding and Description System, e-surveys and discussions with relevant stakeholders, including national, regional and international partners of the BioTrade Initiative and organizations implementing the BioTrade Principles and Criteria.

In addition, this methodology was enriched by lessons learned and experiences from a pilot exercise conducted by UNCTAD’s BioTrade Initiative and Statistics service for a selected number of countries and products from September 2019 to February 2020. Finally, it also benefited from the feedback provided by participants to two webinars in English and Spanish on trade and biodiversity statistics conducted in June 2020.